Showing posts from October, 2015
Show All

Evidence that even in the tiniest of poems, Fran can fit in some deceit

I have a brand new website.
I hope that you'll pop by.
I made it all myself.
(That last sentence was a lie.)

Come over and have a look

Here are some experiences from our holiday in Tenby, South Wales, last week.

Newer, more naive followers now expecting pictures of the Great Outdoors, such as sandy beaches, seascapes and bird life, look away now, or go here ... pictures of oceans on the National Geographic website

This is the second time this year we've rented the same Tenby holiday cottage. We went there at Easter, too, when we took our grown-up ex-Masterchef-contestant-and-cook-extraordinaire daughter with us. She was our chef for the week and the reason why, when we got home, we only battled through our front door by wearing elastic pants and breathing in.

She'd brought on holiday with her at Easter a selection of knives and other equipment from her own kitchen. But at the end of the week when she arrived back at her house in London, she realised she'd left a favourite pan behind at the cottage.

We knew we'd be going back at some point - it's the best cottage ever, overlookin…
16 comments
Read more 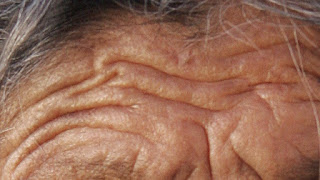 To celebrate National Adapted Fairy Story Day, I thought I'd post a version of Cinderella.

National Adapted Fairy Story Day's not even a thing?


Well, I refuse to be bowed low by this tragic news, and hereby declare that, in my household at least, it is National Adapted Fairy Story Day. And here is (one of) my version(s) of Cinderella to celebrate it.


Cinderella
A beautiful girl called Cinderella lived with two ugly sisters who treated her like a slave.  One morning, an invitation came from the Prince to a lavish ball.  Both of the ugly sisters were very excited, and had already booked Botox appointments, but Cinderella, who was not allowed to go, despite being naturally smooth of forehead, was sad.

As the sisters set off that night, fluttering their fans, their foreheads newly-taut, Cinderella cried.
She sat alone in the kitchen.  Suddenly, there was a ping and Cinder…
12 comments
Read more

Reasons why Fran believes that what goes around comes around 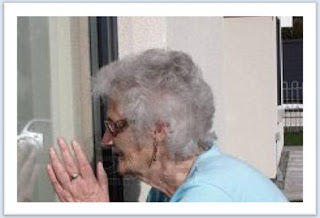 I asked my husband today for help with the crossword. 'What's the core of an atom called?' I said.

'A NUcleus!' he said. (Translation: You didn't know THAT?)

I said, 'Remember I spent most of my Chemistry lessons on the other side of the classroom door, looking in.'

'Yes, well, as I said, I spent most of my Chemistry lessons on the other side of the classroom door, looking in.'

It wasn't only Chemistry teachers who ejected me from lessons. My French teacher in the 1970s was Mr Rolfe, a man with dark hair and beard, his head surrounded by a frame. The frame was the window of the classroom door, outside which I languished during many lessons, peering in at him from my banishment while he taught others more willing to learn the difference between 'tu' and 'vous'.

I did nothing terrible like chair-hurling or telling teachers they were shit. But I do rememb…
14 comments
Read more

Evidence that if you can't get abroad this year, there are other options 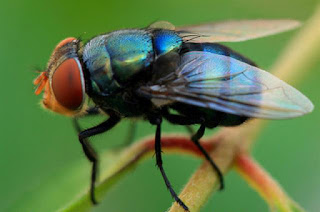 Today, I challenged my Year 8 class (12 year olds) to write a piece of persuasive copy that could be used in a travel brochure. 'Imagine you are running a tour,' I said, 'to a place of interest. Persuade your target audience to sign up.'

They'd been studying travel brochures and advertisements as preparation for this, highlighting the persuasive devices used.
'The only snag is,' I said, 'it has to be the worst place imaginable. Somewhere you wouldn't dream of going to. Let's make a list.'
Among others, they thought of
1. The council dump 2. The back yard of McDonald's where the bins are 3. The sewage works 4. A landfill site 5. A stagnant pool

They were squeaky keen to read out their work when we'd finished, and there were spatters of applause after each one. Some were so funny.
This is my version, but theirs inspired it.
'Book now for a visit to the sewage works! You will be enchanted by a wide range of fascinating natural wil…
18 comments
Read more
More posts