November 16, 2010
I hate to be immodest, but when it came to Christmas and birthday gifts for our kids, we were the best parents ever.  (Whaddya mean, was there space in the cave for 'gifts'?)

I'd like to pass on the secrets of our success.  You often share with me how much my advice has helped you.  Yeah, maybe it helped some of you to a lawsuit, but c'est la vie, as they probably never even say in France.

Every birthday and Christmas, our kids would come downstairs early to look at their pile of presents.  This didn't take long, because when I say pile, I need you to think 'gentle slope', not 'Everest heights'.  Okay, so forget what I said about being the best parents ever.  We were as mean as ... as mean as ... as mean as a brain which won't come up with a simile when it's asked nicely.

The kids were only allowed to open one present before breakfast, though, and that present was on the breakfast table.  It was shaped like this ... 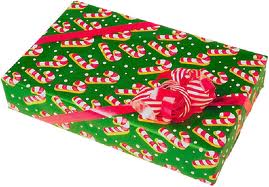 ... only, it was standing up rather than lying down like the one in the above picture, but if you think I'm spending more than twenty-five minutes on Google Images just to find a standing-up rectangular box-shaped Christmas present, you can think again.  I have a life, you know.

The kids knew what was in the box, because the eldest told the middle one about the tradition and then the middle one told the youngest.  Our kids were good at passing things on to each other.  Lice.  Threadworms.  Chickenpox.  Unwanted broccoli.  They were so, so generous.

So, they knew why the present on the table had to be opened before breakfast.

And that was because it was breakfast.  It was a box of cereal, to be ceremonially ripped open that morning.  A box of breakfast cereal with added sugar.  Oh yes, we taught our kids how to party, we did.

Why were they so pleased with this traditional celebratory routine?  How come they fell over their own legs on the way downstairs in order to open the first present of the day?  How come they leapt on the present with teeth and claws, tearing it open as though they hadn't eaten for two weeks?

Well, I guess not having eaten for two weeks may have had something to do with it.  There's nothing as effective as starvation to make a child appreciate a Sugar Puff.

Okay, so I exaggerate.  We didn't starve them.  No, the reason they looked forward to the sugary cereal was because, normally, we only let them eat cereal without sugar.  Like this ........ 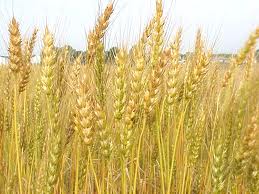 That's right.  We would send them out into the fields while we had our coffee and bacon and eggs and pain au chocolat and read the papers, and they would head for the nearest farmland and gnaw on raw ears.  Or is that just boxers who do that?  Let me rephrase it.  They would pick the ears of wheat and chew on them.  It was very good for their teeth, and for our peace of mind, and I recommend it.  It's amazing how many crossword clues you can fill in while the kids are out foraging for their meals in the countryside.
Of course, we did bear the weather in mind.  When it rained or snowed or hailed or thunderstormed or tornadoed, instead of sending them out to the fields for breakfast for the usual time, we would send them out for only the first hour, and then they could come back and after rubbing them down with a bit of horsehair flannelling or defrosting them with the hairdryer we would give them a choice of cereals without added sugar.  Like this ... 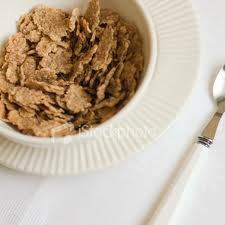 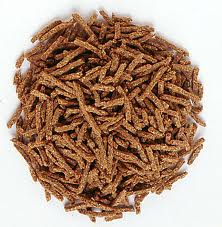 ... or if there was a Royal occasion, or perhaps a Bank Holiday, something much more exciting and varied like this .... 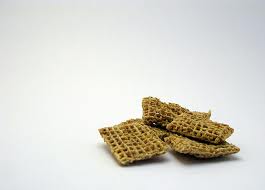 Sometimes we even added milk, especially when the repeated visits to hospital after the choking incidents got a little tiresome.  At that time in the morning, when you're trying to get to work, what parent wants to be resuscitating four year olds, for crying out loud?
So, now you can see why our children thought that a box of cereal with added sugar, like Coco Pops or Frosties, was as much a treat as three weeks in Disneyland or a pony plus stables or a personal media suite with games consoles and three widescreen TVs.
The secret is to make them grateful.
Another time, I'll tell you about the way we made them thankful for weak orange squash.  But just as a hint, living near a stagnant pool helps with that one.
Advice from Me Me at home Me pretending to be a Mommy-blogger