December 07, 2010
I ate this flapjack today the size of a garden wall.

Here's a picture of a flapjack just in case you're from Uruguay/America/Japan/the Philippines/Scotland/the posh area a few streets away and speak a different language from me. 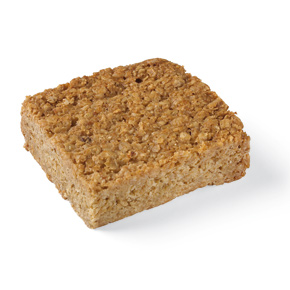 And here's a picture of a garden wall in case ditto. 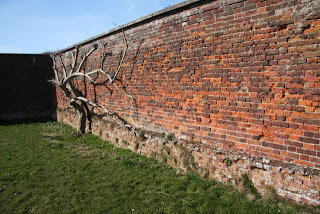 There was a very good reason why it was the first thing I could see.  Let me just remind you why that was.

In the shop, the assistant asked me if I wanted a bag for it.  'A bag?' I said.  'You have one that will take this?'  'Yeah, sure,' she said.  'We have a few here from the garden wall shop next door - they had spares.'  She held one up to show me.  'See?' she said.  'Who said that?' I asked, because she'd disappeared behind a sheet of plastic big enough to cover the Atlantic.  (I'm trying to think here of a situation in which that might be necessary.  I'll come back to it sometime.)

I declined the bag anyway because I knew it wouldn't be long before I was snaffling into that flapjack like an Egyptian shark snaffling a swi.... no, I won't say that.  That would be very tasteless of me.

Back to the flapjack, quick.

I hauled the flapjack out of the shop.  As it was, I was already carrying a rucksack, or you might call it a knapsack, but whatever you call it, I had a rucksack or a knapsack and now I had a snack called a flapjack, which is a lot of acks to carry when you're only 5 feet 2 inches tall and it's been a tough day at work.

It took some doing, lugging all the acks to the bus stop, but I got there.  (I did see several people looking at me strangely, but then, you would if you saw someone apparently dragging their garden wall to the bus station.  One couple stared at me particularly curiously and I so wanted to say, 'The dog died last week.  Got to take SOMETHING for a walk.'  But one holds back, one holds back.)

Getting the flapjack on the bus was the next hurdle.  'Do I need a ticket for this?' I asked the driver.  'I realise it's as big as three dogs, a wheelchair and a buggy for triplets put together.'  'Is it under 5?' he said.  'Yeah, only bought it three minutes ago,' I said, so he let me off.

It did need a seat of its own though.  In that way, flapjacks are just like duvets on buses.

Once I and all the acks had settled down, I could at last get round to thinking about eating the flapjack.  Have you ever tried to eat your own body weight in oats?  Especially when it's sitting next to you on the bus?

I don't know what everyone else on the bus was thinking as I nibbled away on my garden wall.  It was tough going, because handling a flapjack that size is like trying to turn a king-sized mattress on your own, which is why most of us only do that every 23 years.  But when you're hungry, you're hungry, just as that shark .... No, I'm not going to go there.  That wouldn't be nice.

The bus journey took 20 minutes.  At 19 minutes, the garden wall was only half-eaten, so I had to wrap the damn thing up again (anyone who's taken one look at their newborn, thought 'ugh, let's put that back' and tried to reposition it in the womb will understand how difficult it was for me to wiggle that garden walljack back into its packet and then put it back in my rucksack or knapsack quack quack who brought that duck in here?)

When I got home, I found this in the bottom of the rucksack knapsack. 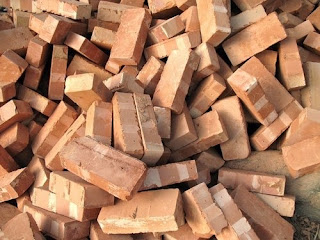 Shame.  But then I looked at the packet, emptied of its contents, just to check the number of calories there was in the garden walljack.

It seems that, even without the bits that were now in my rucksack knapsack, I had eaten the equivalent of a nine-course lunch with wine and chocolates in calories followed by a piece of chocolate fudge cake followed by a three-cone rum and raisin icecream.

But, to be honest, who gives a stuff about calories?  Not me.  (Or sharks.)  So, I'll be back for some more flapjack snack for my rucksack knapsack.

And that's a fack.
Me on the buses Me out and about Me travelling