Evidence that I really ought to keep things in better perspective

October 24, 2011
I don't watch horror or slasher movies.  I just don't see why I should pay money to be frightened out of my own skin.  If I wanted to pay to be scared, I could put some money in one of those speak-your-weight machines, but I wouldn't do that either.  Call it denial, but whether it's extreme violence, or finding out that the diet of chips, cheese and chocolate isn't doing much for my ambitions to be J-Lo's body double, I just don't want to know.


But sometimes you see horrific things by accident, and it's too late to look away.

I was in a toy shop on Friday, browsing to find a present for someone.  There was this little cherub-like blonde girl, trailing around behind her a toy donkey on wheels attached to a pull-along stick which she'd taken off one of the shelves.  It was a clever toy because the donkey kicked its legs about while it moved, and looked quite realistic, as well as making convincing donkey sounds.  Ah, how innocent a scene, I thought, watching the child pull it along affectionately, urging it to 'come on, donkey, come on'.  It would not have looked out of place in one of those 18th century paintings of rich children playing in the nursery, all dressed in royal blue silk even at 4pm, with cheeks like beetroot, rolls of fat round the wrists and ankles, and a towering bowl of sweetmeats on a table with bandy legs.

Anyway, back to the toy shop.  Two minutes later, Cherub Child had abandoned the donkey to its fate and bogged off to find something else to play with.  And there the donkey lay, rejected, on its side, where anyone could have trodden on it, its legs kicking uselessly, and with sounds like 'ungh ungh' coming from it.  It was a scene from Texas Hee-Haw Massacre.

Having said everything I've just said about not watching violent videos, what I really really want to do now is google 'dying donkey' and find you a video clip to illustrate the way the donkey looked, but this would be distasteful.  As is, no doubt, even just TELLING you I feel like doing that.  But I think you can visualise the scene.  In fact, think 'dying fly' and just superimpose donkey features on the scene.  It shouldn't be hard.  You need grey, not black.  Then you need mammalian features, not insectian.  Then you need massive ears ... No, this isn't working.

I feel really bad about the dying donkey video comment now.  I should never have said it.  Here's a nice picture of some flowers instead, to get your mind off it. 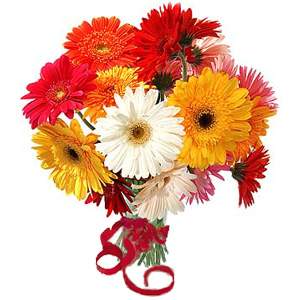 Talking horror, I was once walking along with my daughter, who was about 6 at the time.  (Queen Victoria had just been crowned.)  Suddenly, she stopped, looked at something which had been discarded in the gutter, and cried, 'Aarrghh!  A dead apple!' 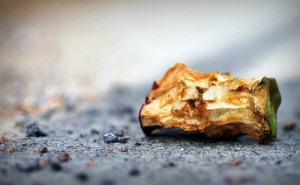 You see, horror is all about perspective.  I've never, ever been able to look at an old apple core since then and not think Fruit Corpse.

Thanks, kid.
Me out and about