August 15, 2013
An elegiac sonnet to mark the tragic demise of Mr Semi-Colon 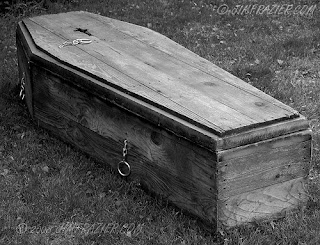 We gather here today to pay respect;
he suffered much but then could take no more.
He lies here now; his time of pain has gone,
released at last from years of being ignored.
His early days had seen him rise to fame
as someone who could punctuate a list
of items far too long for comma use;
he made sure readers wouldn’t lose the gist.
A main achievement was the way he’d join
two sentences; this was so efficacious
when using a full stop was too abrupt
and using a conjunction too loquacious.
Alas, we used him less and less and less;
we unappreciated him to death. 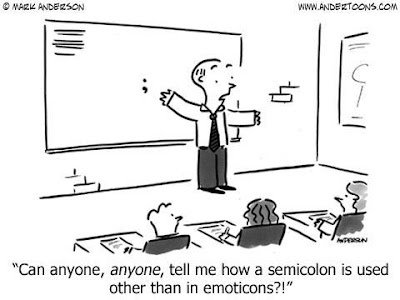 Postscript: Inspired by this, Frances Garrood has written a poem about the exclamation mark.  Go
over here now to look at it.