Reasons why you should start using the word 'schbuufy' (pronounced 'sherboofy')

October 09, 2013
My last post was about hair.  You're probably wanting something different now.

Okay, so I'll give you something different.  Here's a picture of a duck-billed platypus. 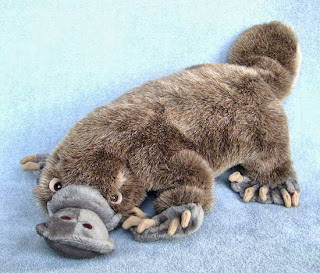 I found that picture on Google and was just about to type, 'What a strange looking creature!  Is it a particularly furry one?' and then I realised the caption said, 'Stuffed toy duck-billed platypus'.  No wonder.  Now, I will find a picture of a real one, just in case, in the light of the above picture, you take against the poor creatures and become a duck-billed platypusist. 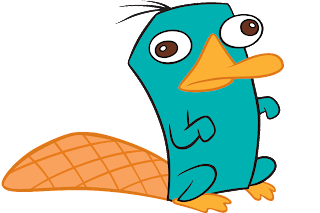 What the hell is this?  SURELY there's not a cartoon starring a duck-billed platypus?!  Someone tell me it isn't true.  And why does it have a lacrosse racquet for a tail?  And why is it bright blue?  SO many questions!


Right, still looking for a real DBP.  I got distracted a bit there.  Give me a minute. 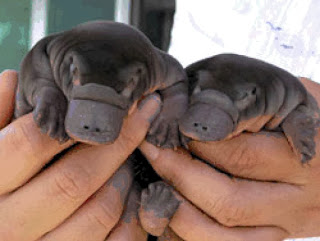 'Oh, darling!  New slippers for my birthday!  Thank you SO much!'


Right, I've had enough now.  If you want a picture of a real, adult duck-billed platypus, you will have to go and find one yourself.  ('Shall we go out to the pub, dear?' 'No, not right now, honeybun.  I'm just browsing the Internet for pictures of duck-billed-platypi.'  'You're what?'  'I said, I'm just ....'  'No, I heard what you said.  And if things are getting that bad, I'm going to the bloody pub on my own.') 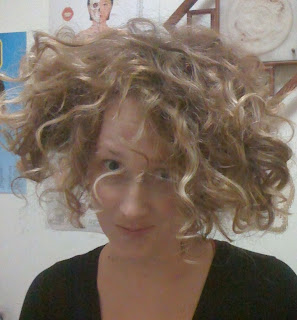 Schbuufy is a new word, just come into circulation, courtesy of my A level English Language students.  We were doing a lesson on adjectives, and I was claiming recklessly that any time we wanted to, we could make up new adjectives for things, and if we could get them to catch on, they would.  So I set them the challenge of deciding on a new word to mean 'wild' and they came up with 'schbuufy'.

We argued for a while about the spelling: a) because I thought the double 'u' a bit unnecessary and b) because they just love to argue.

Schbuufy can be used to describe anything wild.  Here are some examples of usage.

1. We went to this schbuufy party on Friday and, when the police had gone, and we'd got our mate Jamie off the roof, and taken the roof tiles out of his pockets, and told him not to shout at passers-by that he was a ninja, we all went home to research hangover cures.

2. I've had a schbuufy weekend, with no time to myself, because I've had so much work to do.  I didn't even have time to brush my hair, which is also now mega-schbuufy, and although that's given me the chance to use a prefix in a clever way and create a new compound adjective, it still means I was very tired on Monday.

3. I told my dad I was pregnant and he went absolutely schbuufy on me, yelling, 'Look!  At 53, I think it's about time you stopped!  How are you going to have time to spend with the octuplets you had last year?'

Anyway, I'd be grateful if you'd start using the word 'schbuufy' too.  I have told the students that one day if we all work hard enough to spread it, it could get into the Oxford English Dictionary.

And, yes, you might be thinking, 'And the same day, the Pope's going to become a Buddhist'.  But you also might be thinking, 'She has mighty schbuufy ideas, that madwoman!', and if you did, you have already joined in the fun.  Take a merit, and I'll let you off that lunchtime detention.

Me and work Me lurving English