1. We had an Epic Fail of an outing with Elijah, our grandchild.  We drove optimistically to a local 'attraction' because we knew there was a children's park and a mini-farm where you could see small animals.  Then we looked at the prices.  What we didn't realise was that, even to get a sniff of a kiddies' slide or a furry rabbit, you had to ring your bank manager, plead that you'd never defaulted on a loan yet, and borrow a million pounds.  We decided against it.

The only comfort is that Elijah didn't know it was an Epic Fail.  He splashed delightedly in puddles and fell over in long grass a hundred times while we stood and debated how to turn an Epic Fail Day around.  Also, he enjoyed the trip round the garden centre which was also there (free ...) and the chance to point at chickens.

Did we manage to turn the day around?  Not really.  Elijah fell asleep in the car just as we were on our way to the next Attempt at Toddler Entertainment, and so we all just went home.

2. I saw these signs for sale at the garden centre.

3. Something else that amused me was the music that the garden centre was playing over its sound system.  It was 'I still haven't found what I'm looking for' by U2.  My son, Elijah's dad, said he'd remember that for when shop assistants said to him, 'Can I help you, sir?'  He thought it would be fun to burst into that song as a response.  What this tells you, readers, is that he has exactly the same stupid sense of humour as his mother.

4.  The other thing I did today, once Elijah and his parents had driven off home to London was feel sad... 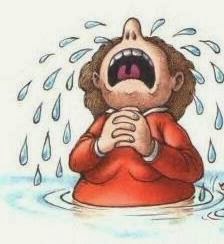 .... so I comforted myself with 'Archipelago', the most depressing film I have ever watched, which I found on BBC i-player.  Have you seen it?  It should be subtitled 'What Holidays With Families are Really Like: the Truth'.  It's a bit arty, involving improvised dialogue you're not sure isn't just mistakes, long drawn-out shots of persistent rain, and the sudden uninhibited screaming of the 'f' word when everything had seemed very polite and restrained up to then.  I quite enjoyed it, despite all that, and there's a fabulously awkward scene in a restaurant, worth watching the whole film for, especially if you have a family member who either a) always complains about the food and embarrasses everyone or b) refuses point blank to complain about anything, ever.  There's a pleasant little pheasant-plucking interlude, a lot of heavy knife symbolism, and it all ends happily ever after more or less as it began.