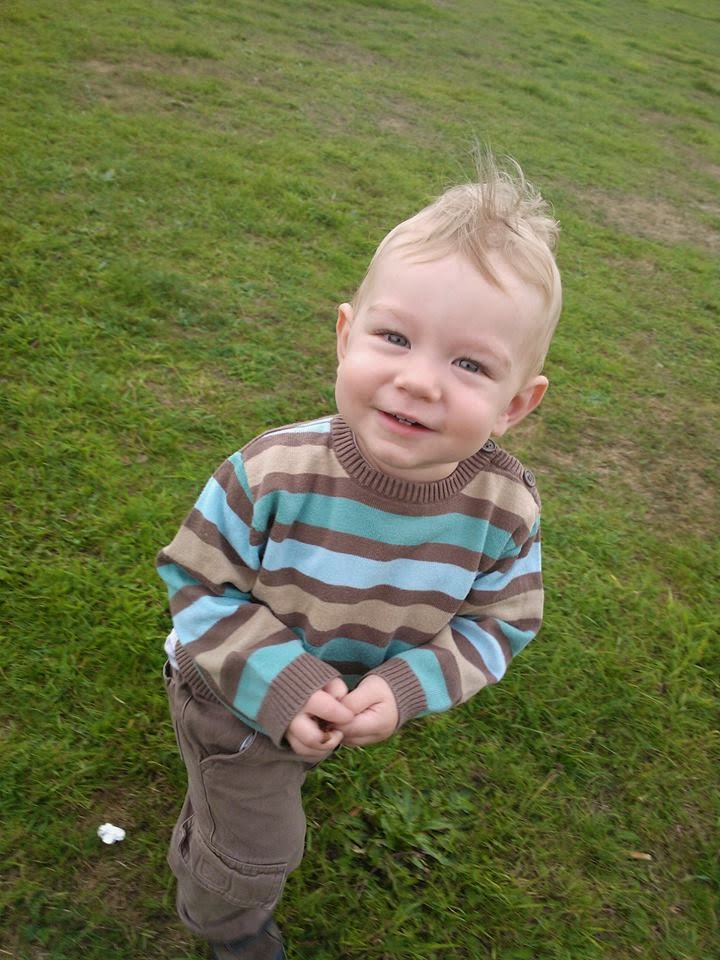 What I have taught him is, when we're looking out of his living room window at passing cars, to bang on the glass like a mad thing and yell, 'OY! YOU!'

Practice makes perfect.  So, the last few times I've stayed at his house, I've run him through the 'Oy! You!' routine again, just to make sure he doesn't forget.  And then, yesterday, when I spoke to him on the phone, the one thing that made him remember who I was just by my voice was when I said, 'Oy! You!' to him and he started giggling.

We have a unique link now, Elijah and I, bonded together by a special routine that involves insulting local drivers, making their innocent way down a Surrey street, only to be yelled at by a middle-aged woman and a toddler, jabbing at the windows and screeching.

At some point, I will try to teach him to say 'please' and 'thank you' or to use his knife and fork correctly.