February 14, 2016
I bought my husband a Valentine's card two weeks ago, with a picture of two frogs hugging, and put it 'somewhere safe'. Yesterday, he went out, giving me time to write the card. Could I find it? No. I had to sneak to the local corner shop to buy a replacement.

I hoped they'd have something jokey or quirky. We married just after Henry VIII died, so we're not exactly in the hearts and flowers stage.

But all they had in stock were a) very rude ones; b) lurid pink and fluffy ones more obviously targeted at girls; c) silly soppy-cheesy-make-you-puke ones with verses like this:

I will love you, darling, until the end of time
I've been blessed by heaven to know that you are mine
You're so very special, you are so sublime
Writing verse like this crap should really be a crime    I'm so glad that you're my Valentine


In the end, I bought a pink girly card, with a picture of a bright red heart on the front. 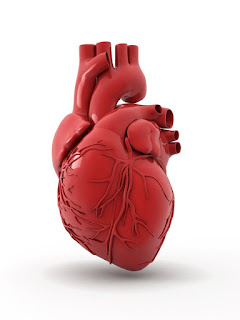 I'm joking. It wasn't that kind of heart picture. Although, if there had been a card like that, I'd have bought it in preference to the pink and fluffy one. I could have written inside it, 'Now you know how much I love you - I have sacrificed a lot to give you this picture of my heart. Yours posthumously, Fran.'

The card was also a tad bent at the corners, as these corner shop cards often are, having been in the shop since 1987 stacked in a box with some washing powder and packets of Bourbons.

When my husband opened it this morning, he didn't seem to notice anything amiss. Perhaps he thinks the hearts and flowers days are returning and has got his hopes up. That won't last long. As soon as I put on my new pair of Marks & Spencer pyjamas, he'll think again. They're heavy winter pyjamas made of such thick flannelette that medieval knights could have worn them instead of their suits of armour and fended off spears for hours. They're also newly-painted-postbox red: so red that should I wear them downstairs with the curtains open, any passing bulls are likely to leap in through the window to gore me like they've never gored before.

The card my husband bought me had a picture of two peas kissing and the caption said 'Hap Pea Valentine's Day'. He's a gardener, so tends towards the vegetable-themed gifts and cards.

I think he and I could start our own Veggie Valentine range. He has the veggie knowledge and I can do the puns.

'I am so glad our love has sprouted.'
'I've bean loving you for years.'
'Come here and let me radish you.'
'Lettuce celebrate Valentine's Day together.'
'Your love puts me in a spinach.'
'I love you such shallot.'
'Till death do us parsnip.'
'No one else can salsify me as you do.'

Hopefully at some point before February 13th next year I will find the card I bought and lost. He'll probably say, 'Oh, I see. Last year it was a big red heart. This year it's embracing frogs. Where has all the romance gone?'

And I'll say from underneath a ton of weapon-proof flannelette, 'Say again, dear? You sound a bit muffled.'