May 06, 2017
We walked into Warwick town today from our Leamington home. It's about two miles.

I had to return some shoes to a shop. I thought they'd fitted me when I bought them last week but somehow by the time I got them home my feet had decided to become puffer fish. Stuffing them into the shoes was like trying to wrestle a baby back into the womb the way it came out. Had I had a bout of body dysmorphic syndrome? Why had I bought shoes to fit a pixie?

I'd never felt more like an ugly sister, with a shoe dangling from my toes uselessly. 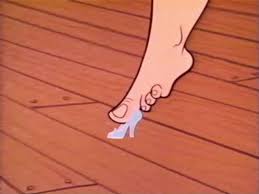 Back to the walk.

My husband said, 'Let's not walk to the shop down the main road. Let's take the scenic route by the river. It'll take about ten more minutes.'

I checked my watch and started timing him. 'If this takes hours,' I said, 'I will have no mercy.'

I am still smarting from a 'brief' walk he took me on when I was heavily pregnant thirty years ago and I thought I would have to give birth under a tree, cutting the cord with my teeth and burying the afterbirth in a bush.

My children, grown-up now, all used to moan if we were on a long drive, hit a traffic jam, and Dad said, 'Let's take the scenic route.'  They knew this would involve a field, some bewildered sheep and Dad pretending he didn't need a map he was fine thanks.

He doesn't drive now, but when he did, he never took the motorway. Instead, he preferred the rural option, maintaining that it 'wouldn't take much longer'. 'Not much longer' was usually three hours over the estimated travel time. It takes a while to negotiate tiny thread-like roads on which cars have not travelled since 1966.

The kids would say, 'Dad, are we going the fast route today or the count-the-daisies route?'  because he went so far out of our way and so slowly that it was possible to tot up the number of small flowers we met on the way. They never tired either of the 'Dad, there's a tortoise rushing past us!' joke.

I enjoyed the walk today, though. It was indeed scenic, down by the river. We saw ducks, tiny lambs, men playing cricket in a field and a shrew shooting across the path in front of us. We heard tweets and shrills, the baa-ing of reedy lamb voices and the 'clock' of bat on ball.

We met a few other walkers, mostly adults with dogs. But we also passed two teenagers, a boy and girl, playing music on their phones at screech level. I believe the kind of music they played is called grime. The clue is in the name. As they walked past us, it was as though we were walking past a rave venue and a door had suddenly opened to give us the full experience.

'To block out the intrusive sound of bird song and rustle of spring leaves, of course,' I said. 'Who wants to hear that constant tzz-tzz-tzz of nature's noise? How annoying to have Englishmen cheering a run just as you're trying to deafen yourself with electric guitars and drums. People ought to be more considerate.'

He looked at me quizzically. He's not good with my straight-faced sarcasm and has to check.

'I did the same as a teenager,' I confessed. 'I used to carry a ghetto-blaster around on my shoulder and play Showaddywaddy or Queen with the sound turned up to 12.'

He looked shocked, as though, had he known this before, he would have baulked at the altar and said, in answer to the vicar, 'Actually, I don't.'

'While singing along,' I added, in the same way criminals ask for more offences to be taken into consideration.

He had a more sheltered life than mine: a world of home cooking, flute playing and doing his homework, while I was staying out all night with unsuitable friends and having cider-drinking competitions. I suspect he was also considerate to other humans in a way I wasn't.

In terms of the walk, his timing, on this occasion, was spot on. We were at the shoe shop exactly when he said we would be. My kids would be impressed to hear how much progress he has made.

What's more, the shop exchanged the pixie shoes without complaint and found me replacements: ones which wouldn't permanently fuse my toes together.

We got the bus back home, but by then we'd had a couple of beers in town, done a few crosswords, and moseyed around the bookshop, and neither of us felt like doing the return journey along the river.

Ironically, the bus goes the long way round too, calling at three housing estates and taking 20 minutes rather than the five it would take in a car. But I was sitting in a comfy seat, and it was warm, and I had some new shoes, and I'd done a whole crossword without looking up the answers, and my eyes were heavy.