May 19, 2017
I went to a grammar school in the 1970s and part of the girls' uniform for the Lower School was a blue beret with a gold tassel.

I was eleven when I first wore it. 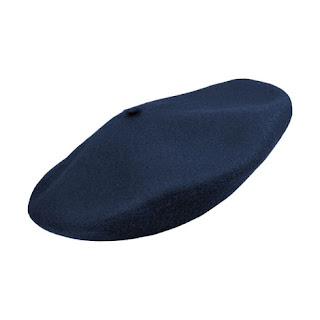 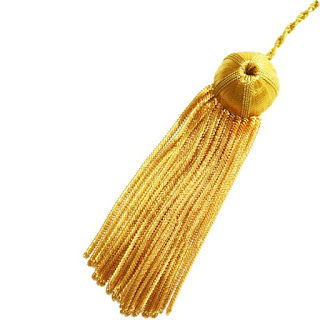 The tassel was attached to the centre of the beret. It was long enough to lie across the top of the hat and then hang down over the edge of it by several inches, bobbing along as you walked.

As a ridiculous piece of headwear, it rivalled this. 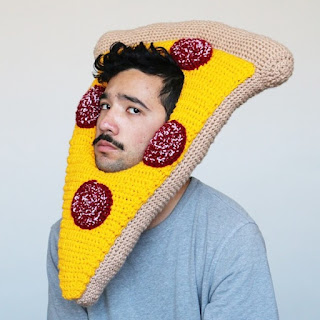 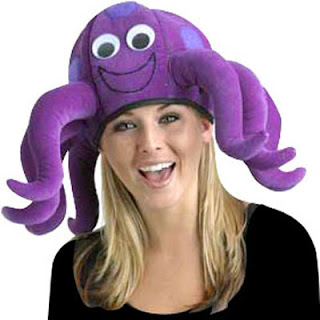 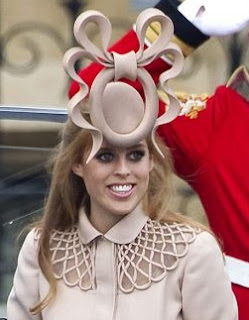 I'm not saying the beret-with-tassel made us feel conspicuous, but if the sun caught the tassel, a magpie on holiday in the Outer Hebrides caught the glint and started back.

My question is: why would anyone do this to a child? I swear Freud wrote books about gold-tasseled hats and their effect on the adolescent psyche. He must have done.

I'd heard rumours, before I started at the school, about what happened to new first years. 'The older kids steal your tassels,' was the word on the street.

As a threat, I know this doesn't rate alongside, 'The older kids saw off your right leg as you enter the school gates' or 'The older kids poison your custard with deadly nightshade'. But as a quaking only-just-out-of-Juniors, insecure, troubled youngster, I was pants-wettingly terrified. The school rules in my new 'Student Handbook' made sans tassels sanctions very clear. The formula was:

My mother and I, standing on the pavement in Millers Road in Warwick at a bus stop, awaiting the school coach on the first day. Me, begging her to let me take the beret off before the coach came and I would be forced to face other students. She refusing because she'd read the school policy: berets had to be worn to and from school. Me, having a humdinger of a meltdown at the side of the road, sobbing like a burst main. 'Don't make me wear it. Don't make me wear it.' Me, clinging to her coat as though I wanted to be part of it.

Then, the ultimate humiliation. She, when the coach finally came, coming up its stairs behind me and calling down the aisle, 'Could someone look after her? She's a bit nervous.'

I took one of the seats at the front, among other 11 year olds nibbling their lips and looking down at the floor, and I burrowed into the seat, trying to disappear.

Not only was I wearing the beret and tassel at that moment, but I also wore shame the colour of a furious burn.

My tassel was stolen on the first day, along with tens of others. The rumours were correct. The fifth years had made it a Thing, the day the first years arrived, to invade the cloakrooms at lunchtime, pluck our berets from the pegs on which they hung, and tug off the tassels, which they left strewn on the floor. The result was almost beautiful, like discarded pirate's treasure, or as though Midas had been in the cloakrooms.

It turned out there was safety in numbers. To shamelessly quote Lady Bracknell from 'The Importance of Being Earnest', 'to lose one tassel may be regarded as a misfortune; to lose two tassels looks like carelessness; for half of the first years to lose tassels seems like the fifth years have yet again escaped the clutches of the on-duty teachers and therefore sanctions seem inappropriate.'

The second day, I refused to let my mother come with me to the bus stop. I waited for the coach with the beret, its tassel sewn on again, folded and stuffed into my blazer pocket. I would don it when the coach passed the school gates, and not before, just like everyone else.

I don't agree with school uniform. I never have. I've been teaching for fifteen years and I'd estimate that one year of my career has been spent, not teaching Shakespeare or creative writing, but intoning, 'Please tuck your shirt in', 'Don't roll your skirt up at the waist,' and 'That hoodie doesn't look like a school blazer to me' and entering sanction marks into school data systems when students have arrived at school in trainers, not shoes.

I keep to the party line if that's the school rules, but my heart's not in it.

This makes me wonder how teachers at my own secondary school viewed the imposition of The Tasselled Beret.

For me, it's one of the most vivid memories of my mother that I have: her climbing up the coach's steps and asking if someone would take care of me. At the time, I saw it as betrayal. Now, as a mother and grandmother, I have a different perspective.

She died when I was fourteen, so I've never had a chance to discuss it with her.