July 17, 2017
Someone stopped me in a corridor at school last week to say, 'Oh, I hear you're retiring. Congratulations!'

Retiring? Retiring? How old does she think I look? Is my new make-up regime not effective? Have I chosen the wrong plastic surgeon? 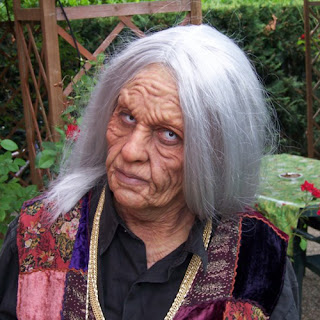 'Not retiring,' I said, graciously, while thinking 'One more insinuation like that and I will bop you over the head with this Oxford English Dictionary.'

'Moving on from classroom teaching, though,' I told her. 'After the summer holidays, I'll be working in a learning centre which provides one-to-one GCSE teaching for pupils not coping in mainstream education.'

'One-to-one?' she said, with a breathy sense of wonder as though saying, 'Five years' holiday on a remote Greek island with Sean Bean?'

I can't believe it either. I've always thought my choices for my main day job were a) teach whole classes in a school or b) leave teaching as my main day job.

But then just before Easter I met the headmaster of a tiny little school which operates in my town, supported by a network of local churches, and which needed a teacher of GCSE English for three days a week.

'Let me cuddle you until you squeal for mercy,' I said nearly said to him, when he offered me an interview.

But he phoned me and said, 'You sounded like an idiot but we'll take you anyway .'

So, last Wednesday was my final day at school (independent schools finish disgustingly early for the summer and I have survivor guilt about it).

The joy of the new job is that I'll be doing what I love to do best: teaching English. Plan the lesson. Find resources. Teach the lesson. Mark any work produced in the lesson.

But teaching English in schools comes with all kinds of administrative baggage that won't be part of this new job: baggage which people tell you about but the reality of which doesn't hit you until you're drowning in it.

You know when Auntie Freda comes for Christmas and says she's only staying for two days but brings three suitcases, six carrier bags, two boxes, a bonkers dog, a parrot and a friend called Colin? Well, schoolteaching is like that, and I've spent fifteen years using up evenings and weekends dealing with all the extra baggage.

So, what will I do with my evenings and weekends now?

Well, I do still need other work as my three days won't quite keep the wolf from the door. So, I'll be keeping him at bay with some bits of freelance writing, private tutoring, proofreading and waiting for that delayed call from Vogue Magazine to do a cover shoot.

And you know that second book that I've been writing since the beginning of recorded time?....

Now there's a chance it might emerge, blinking into the sunlight.

And I'm very, very grateful for that chance. And happy. This kind of happy .... 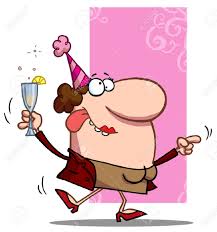