Evidence that although Fran and froth begin with the same letters, they are not friends.

August 15, 2019
I won't say which coffee shop chain it was, although I doubt my critique would chip much off their bajillion-dollar profits, but yesterday I ordered an iced cappuccino, thus entering into one of the most bewildering half-hours of my life.

This picture tells you what I'd expected. 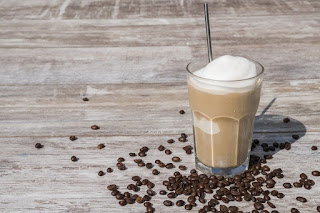 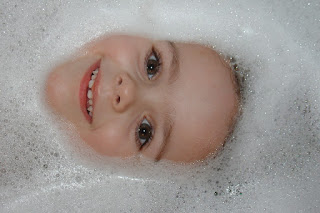 This wasn't a drink. This was a froth nightmare, a challenge, the kind you get on game shows.

There was an inch or so of coffee in the bottom of the tall glass, then the rest, about three feet of it, was thick, white, stiff froth.

I stirred with the straw I'd been given. Surely the coffee would mix with the froth.

The drink laughed. The straw bent.

I fetched a spoon and began eating the froth, which stayed solid, like raw meringue mix. What do they add to it? Prittstick? The glue they put wounds back together with?

I stirred again, maniacally. This time, hope. Some of the brown coffee began to mix with the white froth. Except that this was only temporary, teasing me. As soon as I stopped stirring, the brown coffee sank back down to the bottom of the glass, defeated, vanquished by its more powerful combatant, Froth with Muscles.

I gave up. It was, frankly, the most unpleasant drink I had ever encountered.

It reminded me of a poem I drafted about froth at a recent writing workshop on 'writing about amusing incidents'. One doesn't often write poems about froth, so it's worth sharing. I wouldn't call this a sophisticated work. But that won't surprise you.

I went into the kitchen, completely unaware
of the impending trouble, waiting for me there.
I needed to do washing up. The sink was piled with dishes.
We'd had a big roast dinner. It had been most dilishes.

I did it in a hurry. I wanted to watch Corrie.
I squirted too much Fairy Liquid, then I was sorry.
I won't say there were bubbles, but imagine if the sea
was made of Fairy Liquid then you'll sympathise with me.

Bubbles floated to the ceiling, they floated to the floor.
They rose up in rebellion and headed for the door.
I had froth in every orifice. I sneezed, and must confess,
I blew a thousand bubbles and added to the mess.

Trapped in a bubble nightmare, and blinded by the froth,
I fought the bubbles bravely with a fully loaded cloth.
At last the froth subsided. The battle had been scary.
But it taught me to be careful, in future, with the Fairy.

me at home; me out and about;