Showing posts from November, 2013
Show All

Reasons why Fran and her old Games teacher aren't friends on Facebook ... 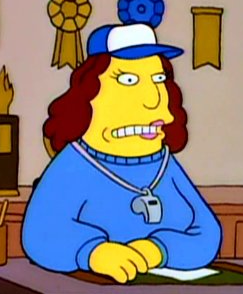 I didn't really like my Games teacher at school and I think I can safely say the feeling was mutual. When she saw my name on her register at the beginning of the 5th year, she blanched a little.  I never had my kit.  I messed around, whacking girls around the ankles with the hockey stick rather than playing the game.  And I claimed, week by week, that I needed to be excused from Games, because I had some minor injury, or a blister, or a headache, or was on my period.  Rightly, she challenged me on this last one, saying, 'Not many girls have periods that start in September and are still going by the following March.  You are either a freak of nature or a liar.' If we did genuinely have a period, we were desperate to get off doing 'cross-country' in particular, because of the nature of sanitary protection in the 1970s.  It was embarrassing to run around in public wearing only gym knickers.  If you don't understand what I mean, try jogging round your local street
32 comments
Read more

Evidence that Fran has written a people's book, as opposed to one for aliens or meerkats

November 18, 2013
Dearest Followers If you've read my book 'Being Miss' on Amazon Kindle and liked it, would you mind giving it a vote on the People's Book Awards for me to see if I can get pushed up the ratings?  You are very kind. Go here to vote     http://thebookawards.com/awards/being-miss/ I'm writing the sequel to 'Being Miss'.  Watch this space.  You may have to watch for a little while, so bring your knitting, but keep watching anyhow.
13 comments
Read more 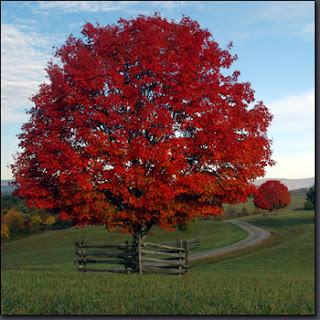 I wrote this post in Autumn 2011, and when I looked out of the bedroom window this morning at next door's tree, I realised it was time to post it again .... I get really excited in Autumn.  Is this because I am a lover of nature?  Is it because I find that observing creation enriches my inner soul?  Is it because I see, in the flaming red and orange trees, beauty which inspires my heart to leap with joy? Regular readers will know the answer.  This is because they know that Fran is to love of nature what a vegetarian is to love of steak tartare, a rack of ribs and garlic prawns on the side. No.  The reason I get really excited is that, when next door's tree is in full autumn colour, it matches my duvet cover. Here is a picture of the type of tree in next door's garden: By 'type of tree', Fran meant 'orangey red'.  She categorises trees in the same way she does cars.  And here is a picture of some bedding which is very like mine.
26 comments
Read more 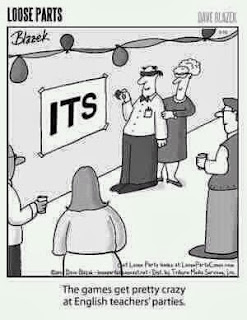 We were talking today in the department office at school about the suffix 'ish' and how some are beginning to use it on the end of any word, or even as a word in itself, as in ... 'How was your day?  Good?' [Pause.]  'Ish.' Then we started talking about the word 'meh' and how popular that is now as a way of saying, 'Well, so-so.   Not good.  Not bad.' This kind of linguistic exploration is what English teachers do at the end of the day.  It's either that, or the apostrophe debate.  We know how to party. You might have seen this going around.  It's my favourite cartoon \at the moment. Anyway, then my colleagues and I moved on to musing on songs which use 'meh'.  And I want to suggest a few, perhaps to sing when you're feeling a bit oh-you-know-how-it-is or not-too-bad or things-can-only-get-better ... Nina Simone - Feeling Meh Stevie Wonder - I Just Called to Say 'Meh' The Beach Boys - Meh Vibrations
36 comments
Read more 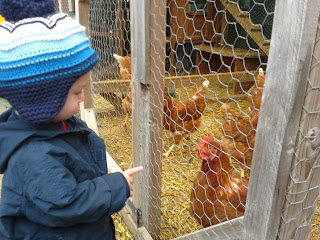 Things which happened today.  (An opening line to die for, I think you'll agree.) 1. We had an Epic Fail of an outing with Elijah, our grandchild.  We drove optimistically to a local 'attraction' because we knew there was a children's park and a mini-farm where you could see small animals.  Then we looked at the prices.  What we didn't realise was that, even to get a sniff of a kiddies' slide or a furry rabbit, you had to ring your bank manager, plead that you'd never defaulted on a loan yet, and borrow a million pounds.  We decided against it. The only comfort is that Elijah didn't know it was an Epic Fail.  He splashed delightedly in puddles and fell over in long grass a hundred times while we stood and debated how to turn an Epic Fail Day around.  Also, he enjoyed the trip round the garden centre which was also there (free ...) and the chance to point at chickens. 'I'll have that one, please, with chips.' Did we manage to tu
25 comments
Read more
More posts