Showing posts from June, 2011
Show All

June 25, 2011
Don't get me wrong.  I actually think Amy Winehouse is fabulous.  When she's not too wasted to sing. My poem about Amy's visit to Serbia on Poetry 24
9 comments
Read more

Snot Whine and the Seven Dwarfs Once upon a time, in a land whose residents were often made uneasy because of rumours about a malicious consonant replacer, lived a family of three.  There was the King, whose first wife, a smashing woman, had snuffed it, to the great delight of the Brothers Grimm who were looking for material for a new story. There was the King's new wife, an evil stepmother type, who was yet more evidence that fairy tale kings always make rubbish second-wife choices. And then there was the daughter from his first marriage, Snot Whine. Snot Whine was a beautiful, nay, ravishing girl.  But she had two problems.  (Three, if you include her name.) Number one: she suffered from perennial rhinitis and her nose constantly streamed.  She made a god-awful racket in the mornings using one of those nasal inhalers, but it made no difference. Number two: she never stopped moaning.  She moaned so much, she could have entered a 'Make the Noise of the Wind Coming D
16 comments
Read more 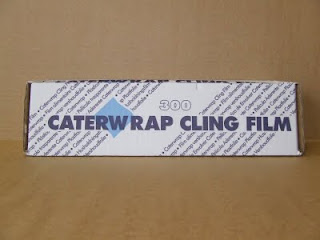 We are here today to mourn the sad loss of Humungous Box of Cling Film, who has been part of Fran's family for three years, and has been a valued member of the household.  Her passing today is a sad moment.  Let us take a minute to bow our heads. BOW your heads, you hard-hearted swines, you. Now for Humungous's Official Obituary Humungous Box of Cling Film was born into Fran's household in 2008 at the occasion of her son's wedding.  Humungous was purchased from a local supermarket and was a major feature of the said wedding, being used to wrap up 396 leftover baked potatoes which had proved not as successful a food item as had been anticipated.  From that moment on, everyone knew that Humungous was not just your average box of cling film, but one that, even after wrapping 396 leftover baked potatoes, had still a long, long life ahead of her. After the wedding, Humungous was brought home to reside in Fran's kitchen, where, for the pas
14 comments
Read more

June 08, 2011
I love this poem.  I don't know who originally wrote it, but I've kept it for years.  I've typed it out in big letters on a long piece of paper, and I roll up the paper into a scroll, then beat students around the head with it until they promise to check their spelling more carefully when they're typing up their work. Eye have a spelling chequer, It came with my Pea Sea. It plane lee marks four my revue Miss Steaks I can knot sea. Eye strike the quays and type a whirred And weight four it two say Weather eye am write oar wrong It tells me straight a weigh. Eye ran this poem threw it, Your shore real glad two no. Its vary polished in its weigh. My chequer tolled me sew. A chequer is a bless thing, It freeze yew lodes of thyme. It helps me right all stiles of righting, And aides me when eye rime. Each frays come posed up on my screen Eye trussed too bee a joule. The chequer pours o'er every word Two cheque sum spelling rule. A little moral tale ...
20 comments
Read more

Reasons why I might just start cutting my own hair 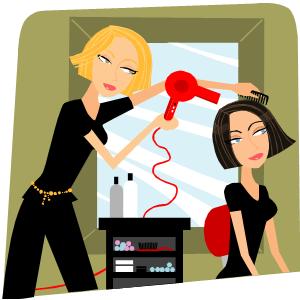 Things you don't want your hairdresser to say.  But she does anyway. 1. Yes, it is strange that all the cut hair just sticks to your skin like that every time you come.  No, no, I don't know anyone else who has that problem.  With everyone else, we can just give it a gentle whizz with the hairdryer and it comes off.  Are you feeling particularly hot and sweaty? Implication?  You are a freak. A very sticky freak.  You should market yourself as a fly-catcher to a delicatessen. 2. That's a nice tan you have there.  How do I know?  Because of the white bits I can see round the edge of your hairline. Implication?  You are a freak who will look even freakier when the wind blows your hair back off your face and everyone can see where your tanned look ends and your freaky look begins. 3. Ah yes, you're right.  You DID need to come. Implication?  For the last few weeks, you - a sticky, white-bordered freak - have also been kidding yourself that your hair is just a li
19 comments
Read more
More posts