Showing posts from July, 2021
Show All

Reasons why Fran needs a gag, not just a mask 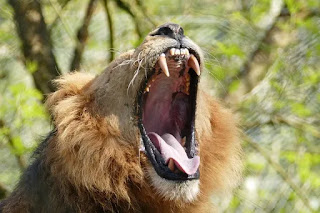 The driver, a man in his fifties, was standing outside his bus today, having a sneaky fag in the sunshine before the next trip. I waited to board, slipping on my mask.  'It's a steaming hot day,' he said. 'But I'm not one of those people who moans about the heat.' One of the talking bus drivers, I realised. They don't all want conversation, and neither might this one, after today.  'That's the best way to be,' I said, glad he'd mentioned it first, because I'd been about to moan about the heat. 'I don't moan when it's cold either,' he said.  Ah. Here I could show more empathy. 'Cardigans all the way for me.' 'Can't stand people who moan,' he said. 'If it's hot, they moan. If it's cold, they moan. They're never happy.' He began to mimic someone complaining. 'Ooooh, it's too  hot . Oooh, it's too cold. Moaners, the lot of 'em. ' I shook my head slowly from side to si
8 comments
Read more
More posts