Showing posts from February, 2021
Show All

Evidence that Fran should take more care in the kitchen 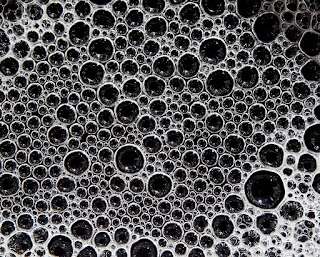 A Tragedy Involving Froth I went into the kitchen, unaware of huge disaster waiting for me there. The bowl was stacked with dirty crocks, of course: the detritus of pork with apple sauce. In haste, for I was keen to watch TV,  I squirted in the Fairy recklessly which meant, before too long, the froth had frothed so frothily I knew all hope was lothed.  Imagine if the sea were all detergent - you’ll understand how things became so urgent. Huge bubbles on the ceiling and the floor and mutinously bubbling through the door and bubbles scaling walls just like Bear Grylls and on the windows and the windowsills. I wished that I had not been so remiss - I now had froth in every orifice - so, when I sneezed – a sneeze so loud and long -   a million bubbles added to the throng. Attacked by bubbles, terrified, afflicted, I waited for my death by Fairy Liquid.   The emergency services knew Fran was under there, somewhere
8 comments
Read more
More posts