Showing posts from January, 2019
Show All

I went to a writers' day recently and stopped in a nearby Costa at 9.30am as I was early arriving. I ordered a coffee, then spotted in the fridge some impressive chicken salad baguettes. That's when I remembered I was meant to be taking a packed lunch with me to the writers' day. Serendipitous!! The assistant gave me the wrapped baguette on a plate, which I didn't need, but, hey, no worries. When I got to my table, I slid the baguette into my rucksack alongside my notebook and pens, and began to sip the coffee. Barely 30 seconds later, the same assistant came past my table, looked down at my empty plate, back at my face, and said, 'Have you finished with this, Madam?' I didn't realise the implication at first or I'd have said, 'Oh, the baguette was for lunch. It's in my bag.' Instead, I realise, I let him think that I had necked that baguette in half a minute in the same way a sword-swallower appears to: all in one, and without it to
13 comments
Read more

Evidence that Fran has started the year a domestic goddess 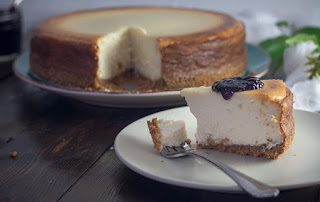 Well, Happy New Year, everyone! Thank you for following me during 2018 - your forbearance and long-suffering are much appreciated, as are all your comments. This year I'm meant to be writing and delivering to the publishers my diary-memoir 'Miss, What Does Incomprehensible Mean?' Watch out for news. I thought I'd write about fish pie as it's the start of the new year and there are many, many reasons I am not the right person to write a blog about new year resolutions ... I made a fish pie last night for dinner because there was a packet of supermarket pastry in the fridge that never got converted into mince pies over Christmas. Why didn't I make the mince pies? Mainly because I knew that no one would eat them over Christmas because they'd all be stuffed to perdition with other goodies. So, if I'd made 48, I would eat 47 of them and then my husband, who's not a major fan (of mince PIES, you at the back!!) would wander into the kitchen in mid-Jan
17 comments
Read more
More posts