Showing posts from November, 2011
Show All

Evidence that, just when you think you're imparting knowledge, the truth could be very different 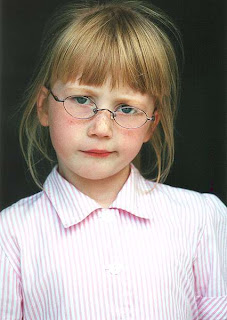 The class was faffing about, taking its time, so I said, in my best Bored Teacher Monotone, 'Right, then.  One needs to PICK up one's pen, then one needs to OPEN one's book, then one needs to WRITE the title.' In future, I'll just say it like it is.  One kid put her hand up.  'Are you talking in Shakespeare?' Ever get the feeling the world has moved on, leaving you far, far behind? Fran had always thought the girl in the front row with the screwed-up face had just had wind.  It turned out that she hadn't understood a word Fran had said since 2009. I told another class this week that a character in a novel was being 'duplicitous'.  I did explain the meaning and was pleased that I was expanding their vocabularies.  But one of the students asked me whether I could just learn some slang at the weekends so that they could understand me better. 'But,' I said, 'my professional duty is to extend your individualised lexicon, not
14 comments
Read more 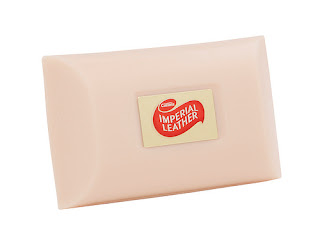 1. What is the etiquette for Imperial Leather soap?  Label up.  Label down?  Or label off? Fran thought it most remiss of the soap company that they did not provide explicit guidance on the packet 2. How come I am always IN the shower before I remember that my ladies' razors are elsewhere in the house?   Fran realised that the alternative to getting out of the shower and finding the razor was going to be a long, slow process, and not easy with all the mirrors steamed up 3. Do all Chief Executives of toothbrush companies have a pathological hatred of normal people?  If not, why would they make the getting-out of a toothbrush from a new packet at 6.30 in the morning so difficult?  How dare they call those slight indentations 'perforations'?  Even Cruella de Vil's nails aren't going to make it through those. Fran realised that comparing the getting-out of a toothbrush with the finding of the Holy Grail was pushing things, but exaggeration came
19 comments
Read more

Reasons to look carefully through any Tesco bag of salad 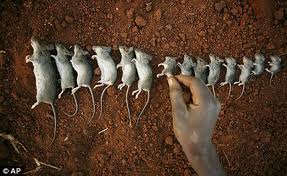 Spotted this on the BBC news website. Reasons to look carefully through any Tesco bag of salad To be honest, I don't know what the fuss is about.  All the posh restaurants in London are now doing deep-fried tarantula and casseroled locust, after all. (Don't look up this link if you are currently chomping on a roasted wood pigeon.) Gerald thought he'd try something else in the salad this time as Rosalind hadn't reacted too well to the previous day's choice of ingredients.  She was so hard to please.
17 comments
Read more 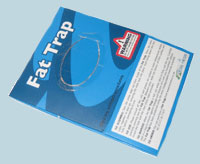 I must say, I've not had something so useless put through the door for a long time.  Not, in fact, since I got  my last copy of that catalogue called 'Innovations' which used to be delivered free, with all those great descriptions of nose hair clippers and special spoons to lift boiled eggs out with and little bits of material that you clipped to your clothes to hide your cleavage. We got this 'Fat Trap' thing come through, sent by the local water board to encourage us not to pour fat or oils down the drains.  Have you had one?  It comes like this - a bit like a cardboard cover for a CD - and you make it into a box.  (My apologies now if your Fat Trap is actually your most prized possession.  My commiserations, also, to any of your close family or friends.) I'm not saying I don't agree with the concept.  As they said in the accompanying leaflet, it's a pain for them, unblocking local drains because people have poured fat straight down them. It'
16 comments
Read more

Reasons to be a proud mummy

I've accused my kids of many crimes over the years, especially the two eldest.  Sometimes they didn't eat my dinners.  They said, 'That's just not funny, Mum' about thirty times a day.  They told me my outfits belonged to the medieval era. But now they have their own record label and have released a single by a guy with a great voice and a folksy kind of thing going on.  He's written a song called 'The Divide' and it's just reached No 1 in the Amazon 'Hot New Releases in Folksy Kinds of Things Going on' charts.  Here's a link to my kiddiwinks' website for a sneak preview.  And if you like it, follow their link to download.  I think it's a great song.  And that's not just because they're my kids.  After all, there WERE those comments about the clothes .... http://www.hillelmusic.co.uk/store.html
12 comments
Read more 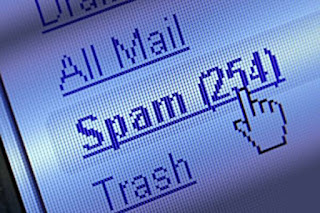 Junk email today: Sender: safiaf arkashaal baraasi Message: PLEASE DO CAREFULLY READ MY MAIL Do you know what, safiaf?  I don't think I will CAREFULLY READ your MAIL.  For these reasons. 1. There are no capital letters on your names.  If you don't think you're important enough for capitals, I don't see why I should have a sense of urgency about getting to know you either.  Or maybe you don't actually know that you need capitals.  In which case, I'm unlikely to give your MAIL much credence either.  Or maybe you were in so much of a hurry to con me that you forgot the capitals altogether.  Bad move.  If intending to con, do so at a measured pace.  No one believes a rusher. 2. You are worryingly inconsistent.  No capitals on the names.  Then a shouty message, all in capitals.  If there's one thing I hate, safiaf, it's inconsistency.  You see, if I were going to READ your MAIL and acquiesce to your demands, whatever they be, I would want to know tha
11 comments
Read more 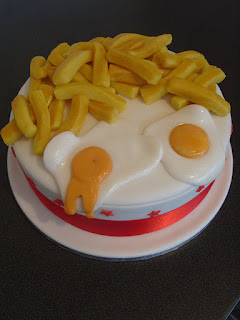 You know you've got a habit going on when your sister texts you and says, 'Your husband's away, isn't he?  Are you eating egg and chips?' You see, the husband is a veg man.  In fact, if given the chance, he will have Green Veg with everything. Me:  'Fancy a fishfinger sandwich?' Him: 'Yeah, lovely.  There's some broccoli to use up in the fridge.  Shall we have that with it?' Me: 'Yeah, why not?  I swear I heard Jamie Oliver say on telly the other day that broccoli is the new tomato ketchup.  Whoop-de-doo!' We are always having arguments about which vegetables go with what.  I swear you can't eat brussels sprouts with white fish, but he'll happily pile them on the side of a nice piece of grilled plaice, and if there's some leftover cabbage available, all the better.  This is when I start my 'Normal People Wouldn't do That' lecture, which is the same lecture I use for some of his other idiosyncrasies such as
31 comments
Read more
More posts