Showing posts from January, 2022
Show All

Reasons I now want to be called the Franfluencer 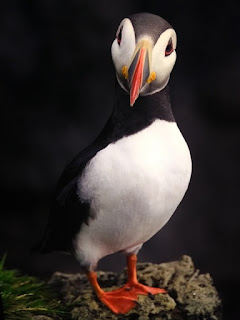 Apparently, a 'binfluencer' is that person in your street who puts out their rubbish and recycling first, leading to a rush of activity as all the neighbours follow suit. That must mean that a chinfluencer starts facial hair fashions, a ginfluencer leads others in trying new alcoholic flavours and a drive-in-fluencer is that chap at the head of the traffic queue at McDonald's.  Let's not stop there. (I am ignoring you at the back, shouting, 'Yes, let's!')  Is a pigeon-fluencer a bird which struts ahead of the flock in the search for crumbs?  Does a Boleyn-fluencer lead the campaign for posthumous justice for beheaded second wives?  Are enough break-in-fluencers convicted?  Do rolling-pin-fluencers hate everyone who uses ready-prepared pastry?  Do has-been-fluencers jolly middle-aged B-list celebrities along?   Do puffin-fluencers try to persuade other bird species to paint their beaks in bright colours? I mean, who's going to ignore him?   Is a therein-f
10 comments
Read more
More posts