January 14, 2012
Cats are more enthusiastic than English students.  I know this because, when I opened the door this morning to welcome a pupil I teach privately from home, a cat from a neighbouring house took its chance and shot in like a nun out of a swingers' party and up our stairs.  It went so fast, it was just a blur, but I saw the look on its face and that look said, 'I can't wait to get in here and onto the bed of an allergic person.  I'm dead excited.'

Then I looked at the pupil's face.  Let's just say, excitement wasn't the emotion I saw there as she stood on the doorstep in anticipation of our lesson on non-fiction texts. 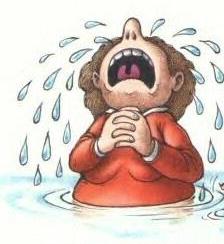 At least the kids at school this week have been satisfyingly keen.  I've been teaching 'Romeo and Juliet' and this is one of my (and their) favourite quotations from Act II Scene II, when Romeo is having to part from Juliet after the balcony scene.  He says:

Love goes toward love, as schoolboys from their books,
But love from love, toward school with heavy looks.

To illustrate the meaning, I do my best impression at the front of the classroom of a boy arriving at school (cue the dragging feet, the bowed head, the hunched shoulders, the look of 'I'd-rather-be-eating-my-own-earwax') and then one of a boy leaving school (cue the skipping, the punching the air, the lobbing of the homework-stuffed rucksack into a corner of the school field as though it were a ticking bomb).  This little bit of drama goes down well, except that one day soon, while I'm doing the dragging feet thing, an Ofsted inspector is going to come into the room unexpectedly, wonder why I'm moping about at the front rather than leading a bells-and-whistles group work session with multicoloured handouts and a motivational soundtrack.  And then he'll give an 'inadequate' score and, because of Michael Gove, I'll be out on my ear within 3 months.

I have rewritten the rhyming couplet for the cat.  As one does.

This same cat, whom I shall name Puss-ain Bolt in honour of its speed, caused quite a stir at Christmas.  Our next-door neighbours (not the cat owners, who are at number 4) went away.  But then, on Christmas Eve, there was a knock at our door and the neighbour from number 4 was standing there looking desperate.  'Do you have next door's number?' she said.  'Our cat is locked in their house.'

Apparently, Puss-ain had got into next door's house on the 23rd while they were packing to go away and they didn't know he was in the house.  Then, when the cat hadn't arrived back home on Christmas Eve, number 4 couldn't find him anywhere, until someone said, 'I think I've seen your cat sitting on the windowsill inside number 13 amongst the fallen-over Christmas cards and the dying poinsettia.'

In the end, we managed to find next-door's mobile number, and to get a key from someone they'd left it with, and Puss-ain was saved from having to have his dinners posted through a letterbox until New Year's Day.  'It's just as well,' I said to the relieved lady from number 4, 'because I can't see that your cat would have so conveniently posted his poop back through the letterbox for easy disposal.'  She's quite a posh lady and seemed to find this comment distasteful.  I don't think we'll be invited round for coffee and Bourbons any time soon.

It was all very exciting, the cat drama, and livened up a Christmas Eve only broken up otherwise by the cooking of 48 mince pies (which mysteriously became 42 before they'd even cooled), and the Great Sellotape Search, and the finding out that the port bottle only had a half-inch of port in it just after the shops had shut.  And then we had the argument about who wanted to listen to 'A Festival of Nine Carols' on Radio 4 and who would rather rub themselves up against a giant cheese grater.  And then we remembered the 17 people we hadn't sent cards to and tried not to rejoice at the massive savings in stamps we'd made.  And then we recommenced the Great Sellotape Search.  You know, the normal stuff of Christmas Eves all over Britain.

And now it's the 14th January and all that Christmas malarky seems so so far away.  Except that last week I bought three rolls of Christmas wrapping paper in Paperchase for 48 pence each and was as excited as an English student arriving for her lesson a cat who's snuggling up in someone else's anti-allergenic soft furnishings.
Me at Christmas Me at home