To Kilt a Mockingbird - a tale set in the Southern States of America in which a young family move into the area from Aberdeen.  The children are found dressing the local wildlife in tartan and have to be taught that clothing innocent victims in bright material is not acceptable.  The little girl (Scot) says, 'Shoot, Pa, that's the darndest thing I ever did hear!' and there is surprise all round at her adoption of the local dialect in such a short time.

To Kiln a Mockingbird - a tale set in the Southern States of America in which a wise father teaches his children that to put an innocent bird into a red-hot oven, converting it into an attractive china piece for the kitchen, was bound to upset Aunt Alexandra when given as a birthday present, and if this was indeed their intention, they deserved a whipping.   They don't get the whipping; the father can't stand Aunt Alexandra either.

To Bill a Mockingbird - a tale set in the Southern States of America in which a wise father has to teach his children that mockingbirds are allowed to fly over the house without being brought down by a catapult and made to sing before being allowed to continue their journey.  The children complain that they have a whole summer ahead of them and what else are they meant to do now that the only entertainment around, a rabid dog, has been shot?

To Dill: a Mockingbird - a tale set in the Southern States of America, written in the second person and addressed to one of the main characters.  Two young children, allowed to roam free by their father who is a busy lawyer, play for several summers with what they think is a young boy called Dill.  By the fourth summer, however, they begin to wonder how Dill gets around so quickly, why he has developed a predilection for collecting twigs, why his voice is getting higher rather than lower, and, finally, the thing about the beak.  The day that Dill lays an egg when they are at the table eating cornbread results in an epiphany for the whole family and a much more interesting puzzle than why Boo Radley won't come out of his house.  The two children write their account of that summer in epistolary form, subtitled, 'We need to talk about Dill' and make a fortune, which helps out Father when his court cases don't go too well. 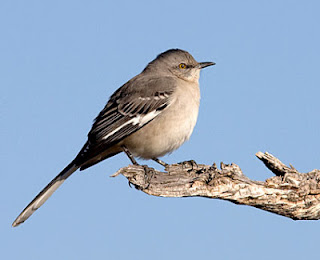 Me adapting famous stories reading with Me