Evidence that happiness spelled happyness, Paul McCartney and baby poo can appear in one post, though perhaps not seamlessly linked together

July 29, 2012
This is another of those posts where I have absolutely no idea what I'm about to write.  I just know I ought to write one, and that's all the information I have.   So, fingers to keyboard and here we go on an adventure together.....

Ironies.  I love ironies.  Here are a few that I have noticed lately.

1. I rented a film 2 weeks ago which stars Will Smith and is called 'The Pursuit of Happyness'.  The pursuit lasted a lot longer than I'd intended because the DVD broke half-way through and I had to wait two weeks for a replacement.  (By the way, there's a reason for the spelling of 'happyness'.  It's not just because I'm on my summer holidays from being an English teacher.)

2. I moved to the Midlands from London 4 years ago, partly because of the hot, humid summers we were having.  I'm not good in heat (as the cow said to the abattoir worker).  But it had been raining and cool for weeks, so I decided it was safe to take a week-long holiday in London to see folks.


The day I got there, a big yellow ball appeared in the sky and burned me like a barbecued sausage for the whole of my stay.  I got on the train to come back seven days later; the sun went in, it began to rain, and by the time I arrived back in the Midlands in my summer wear, everyone else was wearing parkas and Wellingtons again and I looked like I'd taken a wrong turn in Ibiza.

3. I just read a book about how amazing humans are for being able to use and interpret language.  I didn't understand much of it.

Family values  Did you watch the opening ceremony of the Olympic Games?  I did, with my daughter (the Japanese Now-Ex-Student), but I'd only just got off the train from London and kept dozing off in front of the TV.  I just couldn't keep my eyes open past about 11pm.  Like a true daughter, she nudged me awake at key moments: [nudge] 'Hey!  The Queen!', [nudge]  'Oy! Team GB coming in!',[nudge] 'Wake up!  Cauldron!' and [nudge] 'Quick!  They've dug up Paul McCartney and he's singing like he still has a mouthful of earth!'   As soon as I'd watched the relevant bit, I closed my eyes again, secure in the knowledge that she wouldn't let me miss anything vital.  She's a love, even if she does keep eating my chocolate bars.

Why it is useful that she has the nudging skill  She is going to train as a cabin crew member for British Airways in September, working on the London to Japan routes.  This 'nudge awake and give important information' technique is going to come in very handy.


Grandma-dom  We have finally decided that I am going to be Grandma to 3-week old Elijah, not Granny or Nana or any of the other possibilities.  And although it's not usual for Grandmas to be christened, he did actually initiate me into Grandma-dom last week when I visited by filling his nappy to the brim so that it overflowed onto my blue tee-shirt.  Anyone who knows any tiny babies will know that their poo is more green than brown at this stage.  I had to go and look in my suitcase to see if I had a clean one I could put on instead and I found this.  I changed into it. 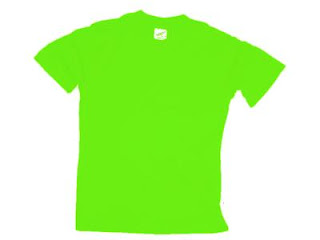