Evidence that bribery with chocolate is the new pedagogical essential

Two Fridays ago, I  made up a poem to teach some GCSE students not to use a comma to join two whole sentences together as in 'I love punctuation, I hate the way 16 year olds abuse it.'

A comma splice is not that nice
and should be used by no one.
Two sentences? Then use full stops,
or have a semi-colon.
Or why not use connectives
like but, because or and?
Then say with me, 'The comma splice?
It really should be banned!'

(Yes, I know.  It's not exactly 'The Prelude'.  But I only had five minutes to throw it together.)

I gave them fifteen minutes to learn it, testing each other until they were word-perfect, and then challenged them to recite it.  If they could do it, I promised them chocolate.  I only see them once a fortnight, so I wrote down a reminder to buy the prizes.

Four of them took up the challenge.  I was very pleased with them.  They're not all confident students.

So, I went to the shop last Thursday morning for some chocolate, knowing I was teaching the class again on Friday.  I bought four Curly Wurly bars.

Question (if you're a Brit):  How long since you ate a Curly Wurly?  And if you're not a Brit: Have you looked into finding a supplier that can send a box to your house? 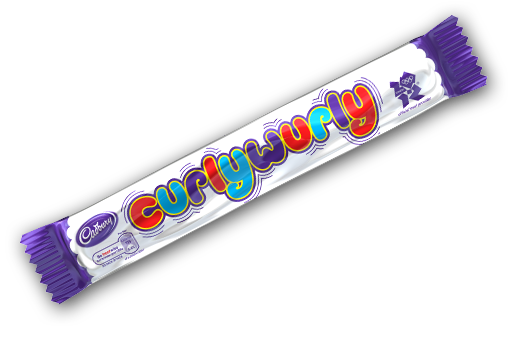 It's actually a diet food, I've realised, like ring doughnuts and Polo mints and Emmenthal cheese.  Look at all those holes.

Unfortunately, by Friday morning, two of the Curly Wurly bars, destined for the students, had found a different destiny known as 'Fran's pudding', so I had to go and buy more.

I went to a different shop this time.  One so hates to go back to the same shop for a shedload of chocolate quite so soon after the last visit.

I couldn't see any Curly Wurly bars on the shelves so  I asked the manager.   'I haven't stocked Curly Wurly bars since the 1980s!' he scoffed, looking me up and down as if to say, 'But you seem to have been managing without them very nicely ...'

I had to go to the first shop again in the end, but fortunately there was a different assistant on the till.  I was relieved.  Apparently, new guidance has been given to betting shops this week; they have to advise anyone who's gambled over £250 to stop.  I suspect something similar might be brought in for chocolate.

I'm used to being laughed at in shops when I'm buying chocolate.  Once I got laughed at by an assistant because I was buying a Twix, a Double Decker, and a copy of Slimming World.

The year 11s were cock-a-hoop when I brought out the Curly Wurly bars, especially as I'd promised them a fortnight ago.  'Wow! A teacher who remembers her promises!' one said, which cheered me up more than any Ofsted rating would.

And then they recited the poem to me all over again.

(By the way, pedants may have noticed that I have used the phrase 'Curly Wurly bars' all the way through this in order to avoid having to make a decision between 'Curly Wurlys' and 'Curly Wurlies'.  Life is full of so many awkwardnesses.)

me and food Me and work