September 25, 2015
In a rush this morning, I left home without having had breakfast. But I pass a bakery on my way to work.

Today, there was a display of fresh-baked pastries in the window: almond croissants, apricot croissants, pain au chocolat, cinnamon whirls, all with that come-hither look in their eyes, like the pastry equivalents of George Clooney or Johnny Depp (the difference being that I've never been allowed to bite either George or Johnny).

I said to myself, 'Fran. Resist. Walk straight on. You know you said you were determined to -'

'What can I get you?' the shop assistant asked.

'Can you get me a body like Cara Delavigne's?' I said.

'In which case, I'll have three of those almond pastries and give up the fight,' I said.

Actually, that conversation didn't happen. It's the kind of repartee I always wish I'd thought of after the event, but didn't. I've written it here so that at least it will exist in some form.

What happened was that the assistant asked me what I'd like, and because I hadn't decided, I stood just inside the door, straining my body into the window so that I could examine the pastries again. I spent a while saying, 'Maybe I'll -' and 'Ooh, that one looks -' and 'Perhaps that one -'

The assistant kept nodding, as though in sympathy with my being unable to choose.

But then I saw she was nodding at me, and then towards the door. Outside was a man, patiently waiting, unable to get in because my body was leaning against the door, preventing his entry, while I feasted my eyes on the pastries, a bit like this. 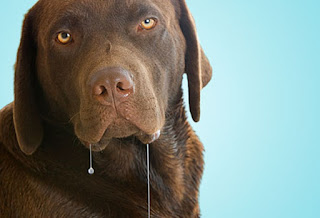 After allowing him in, and saying sorry so many times he probably thought it the only word I knew, I had to make a quick decision and equally rapid getaway. So I plumped (Deliberately Chosen Verb) for an apricot pastry so big I'm surprised they got it in a standard oven. It took her a while to wrap it as it needed a piece of paper meant for a family-sized loaf, and I predict she'll never get bingo wings working there.

I ate the pastry with a cup of coffee when I got to work, but I waited until no one else was in the office. One never likes to be caught snaffling one's way through enough pastry to line Lake Windermere.

Blushing Me me and food Me out and about