I wrote this poem about a million years ago. But I thought it might amuse you as we approach the mince pies and lashings of mulled wine festive period .... Note the shape of the poem.

I went on a diet on January First.
By Feb I felt quite a success.
By March I was thirteen
pounds lighter and
could get on
my little
black
dress.
In April
I stayed on
a plateau, but
by May I was finding
it tough.  In June I had
quite a few bad days. By
July I had had quite enough.
I didn't do much until Christmas
But the pounds were beginning to tell.
So I ate fit to burst until January First ..
Will
I
lose
weight
next
year?
Will 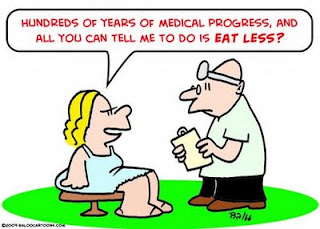 me and food Me at Christmas Poems by Me