Episode 2 of our tale of flooded-holiday-flat-woe

...... Four firemen followed me hurriedly into the holiday flat.

Four firemen followed me hurriedly into the holiday flat.

Paul was waiting in the hall, surrounded by cascading water on all sides, as though he'd climbed into the Niagara Falls for a photo opportunity.

We explained to the firemen that:

1. The flat was owned by the people upstairs.
2. The people upstairs were away on holiday.
3. There was another flat next to ours but we thought it was empty.
4. Yes, we'd dialled the number of the owners while awaiting the fire engine and had left a message, but no one had picked up the phone.
5. No, we didn't want to die.

We pulled on coats and followed the firemen outside while they went to inspect the Big House. Outside the gate, the fire engine flashed its lights and kept its engine running. Curtains twitched in the houses opposite, and no wonder. At two in the morning, in the dark street, that much light and noise was enough to wake Sleeping Beauty early, consigning her to eternal spinsterhood and leaving the Prince, arriving at 100 years on the dot, also fated to eat Pot Noodles alone for ever.

From an upper window at the back of the house, on the second floor, the firemen found water escaping and coursing down the outer walls. So, the leak had started on that floor, made its way through the first floor, and down into our basement flat. That was determined water.

But how could the firemen get into the house? Forcing entry would set off burglar alarms, giving them another problem.

They used long ladders to check all the windows. It being the kind of house that makes our own house in Leamington Spa look as though it's shrunk in the wash, this took a while. But they found one window that hadn't been locked properly. In they climbed. 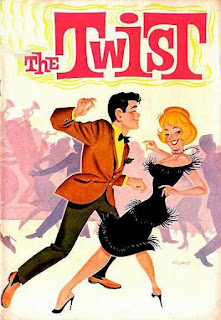 There's a twist in the tale.

Remember I said that there was another basement flat as part of the Big House which we'd thought was unoccupied? Well, emerging from it now was a sleepy man in a creased shirt saying, 'What's happening? I've just phoned the police. I thought I heard burglars in the house above.'

Sure enough, two police officers soon arrived, blue-lighting towards the house. 'We got a report that burglars had arrived in an emergency vehicle,' they said, laughing with the amused fire officers. 'Not very subtle burglars, then, arriving in heavy boots with blinding torches and a stolen fire engine.'

At this point, things had got pretty convivial. There were the two of us, the newly-discovered neighbour we hadn't known existed, the fire officers and now the police. As I said in Episode 1, I was tempted to ask for a selfie. But, no, again, it seemed the wrong moment. I did think of saying, 'Shall I make us all a cup of tea?' but then I remembered: no electricity.

Paul and I went back indoors rather than shiver in the cool, dark night, and we sat in the unflooded living room by the light of a torch a fireman lent us. I think we said, 'Well, this is a holiday with a difference' at least three times each. A young fireman - I suspect apprentice - had been tasked with the job of mopping out our flat to remove as much water as possible while three others worked in the house above, doing the same. We could hear him at the back of the flat. Mop, mop, mop, squeeze squeeze, bucket of water down the toilet. Mop, mop, mop, squeeze, another bucket of water. I went to say to him, 'That must be hard work. I'm sorry I can't offer you a cup of tea,' and he looked up from his mopping, sweaty and weary, as if to say, 'It's actually more helpful if you don't mention the tea I can't have.' I brought him some orange juice laced with my guilt.

Just after four o'clock in the morning, the firemen had left, the police had left and the neighbour had grumbled back into his flat, also now in darkness and without tea-making facilities. Paul and I said to each other, one more time, 'Well, this is a holiday with a difference.' He climbed back into bed but I knew I wouldn't sleep; I snuggled under a duvet in the living room in my clothes and listened to the World Service news all about the Texas flooding victims. I felt, despite all, blessed.

Episode 3, soon to come, will cover the post-flood shenanigans including the Unexpected Arrival of the Giant-Bee Dehumidifiers.