Reasons why Fran is avoiding toffee

November 07, 2018
I broke a tooth the day before we travelled to the Lyme Regis holiday I posted about last Saturday. It was one of the big molars, right at the back, and already had a filling. And it wasn't just a crack - a large section of the tooth had snapped off and disappeared down my gullet masquerading as one of the cashew nuts I was guzzling indiscriminately at the time.

So I feared the tooth was doomed. But I haven't had an extraction since my childhood. I wasn't sure what to expect.

I decided to push my luck and see the dentist about it when we got back.

Therefore, on holiday, I ate carefully. (That's the first time I've ever used that sentence.)

'Oh, heck,' said Anna, my dentist, this morning when I turned up for my appointment.

This was after she'd looked in my mouth at the broken tooth, I hasten to add - not a negative reaction as soon as I poked my head around her surgery door.

She apologised after saying 'Oh, heck.'

'That's not exactly what you want to hear your dentist saying, is it?' she said.

'I guess it's better than "Your mouth is a cesspit of decay, wet rot and stinking suppuration,"' I said. 'And anyway, I had a feeling ...'

She confirmed my suspicions. The tooth, or what was left of it, was under a death sentence.

'Any quick method of losing weight and I'm up for it,' I said. 'I think it's a biggun.'

'I can do it now for you, if you like,' she said. 'Either that, or you could get a raging infectious abscess.'

'Let me think about that choice,' I said, musing on the decision.

My nonchalance reflected the fact that I'm normally calm at the dentist. I learned a technique years ago in which you breathe through the nose, count ceiling tiles and recite Psalm 23. But as she and her dental assistant organised all the tools and materials ready for the extraction, I felt my heart leaping around my chest as though it were breakdancing. I didn't feel as though I were nervous, but my heart was doing this .... 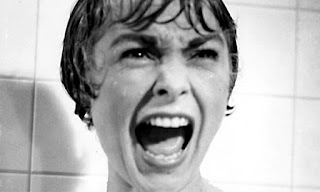 The injections are the worst bit, aren't they? I had four into the back of my mouth and the needles were so long Anna had to stand at the other end of the room and deliver the anaesthetic from by the window.

And surely someone in dental research could invent an anaesthetic that tastes of banana or chocolate ganache? This one tasted like neat Domestos as though Anna had decided to disinfect me as well as extract a tooth. I thought I might find it later, listed on the receipt: Extraction £3.99. Ritual purification: £196.50.

There was an awkward five-minute wait while the anaesthetic took hold. 'Are you going numb?' she kept asking.

How does one judge this? I felt like saying, 'If you thump me in the mouth with that big lamp, I'll be able to give you a better estimation.'

'I sink tho,' was all I could manage. I couldn't measure the numbness, but my organs of articulation had definitely gone west.

'Let's see if I can get hold of this tooth,' she said eventually, leaning over me, inserting a pair of pliers into my mouth, and grabbing the offender on both sides.

How can I describe what happened next?

The word that comes to mind is 'wrestling'. As I looked up at Anna, her facial expressions changed from Reassuring Kind Dental Surgeon to Frenzied Victory-hungry Cage-Fighter. She pulled this way, that way, this way, that way, and round and round, her face clenched and her own mouth a rictus, and what had to me previously been an unassuming tooth measuring half a centimetre across now felt like some kind of giant monolith that had to be defeated and wrenched from the bowels of the earth. It was almost Tolkien.

Wrenched away it was, nevertheless, and Anna held it in the air like the trophy-hunter into which I had seen her morph. 'Got it!' she said, her facial features gradually returning to normal.

I wanted to ask if I could take a picture of the tooth on my phone to show the grandchildren, but my mouth felt as though it belonged to someone else, and I didn't want to risk saying something with that many consonants in case I dribbled or sounded as though I'd slipped into some lesser-known Slavic tongue.

Anna made me sit for ten minutes biting hard on a cotton pad which she pressed into my new cavity. 'Read this while you wait,' she said, handing me an information card headed 'Extraction After-care'. I read it, obediently, seventeen times, before she pulled out the pad, sat me up and told me I could go.

My legs were oddly uncooperative as I stood up and when she asked me to sign a form, my signature became a picture of some tangled wool.

'Fine!' I said, lying through my lying.' But I held on tight to the banister as I climbed down the stairs to Reception.

In the mirror, the cavity looks impressive. Here it is. 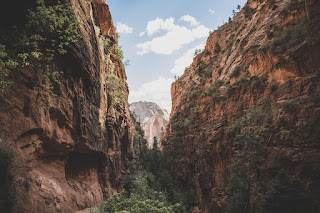 Two hours after the extraction, as I write this, the numbness is wearing off and I'm beginning to feel the true effects of Anna the Cage-Fighter's impact on my gums.

But, on the bright side, as I'm not allowed any hot drinks or hard food for the rest of the day, it's gin and tonic, mashed potatoes and rice pudding all the way.


Me and medics Me at home