Aha. A trick! A clever wasp, trained in the art of 'Deceptive Appearances.'

All the best distance runners do it that way. Pacing themselves. Hanging around at the back. Making it look a cinch. And then - 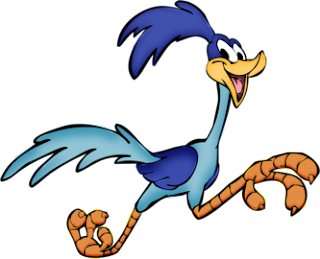 But the wasp didn't speed up. It eventually arrived at the window nearest to me, and I watched closely for its next move.

It lay on its back, legs in the air.

You hear those testimonies, don't you, of people who've been buried alive because they looked so convincingly dead? But hours later, they wake to find themselves in a box in a morgue, with the pathologist on his way home for sausage and mash and a bedtime story with the kids, unaware that back at the office, a corpse is yelling, 'Let me out! I need a wee!'

So, I didn't trust that wasp not to resurrect itself, buzz over to my tender skin and inflict an injury before my menopausal reflexes could lift the newspaper and finish it off good and proper.

Five minutes later, however, it had maintained its position, and I realised I had watched a wasp die.

Funny how one's emotions can go from revengeful to sympathetic so quickly. I almost said a prayer and sang a hymn.

What lesson did that wasp teach me? I guess I ought to think of one, then I can finish off this blog post satisfactorily.

I think it taught me that watching a wasp die on your journey to work is very sad, but better than arriving at your workplace with a sting on the end of your nose that your colleagues can laugh at.

For the wasp, that was its last journey on the number 1 bus to Whitnash.

I, however, will go again tomorrow.


me and Nature Me and work Me on the buses me out and about;