October 10, 2019
I mean, do I look particularly suspicious? Judging by recent events which I'll tell you about, I must do.

Here's a picture of me, to remind you. 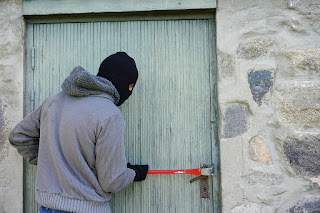 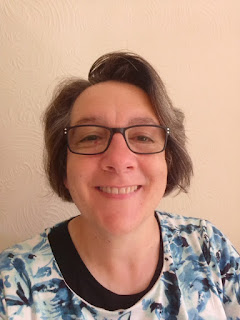 A friend says she always judges people on the basis of 'Would I let them look after my cat?' It's surprisingly reliable. Try it.

You'd let me look after yours, wouldn't you?

I know for sure that the headteacher of my grandson's primary school wouldn't. Even though I've waited in the school playground once a week for two years now, he didn't recognise me last Thursday when I arrived to pick up Elijah from his after-school club.

I was under suspicion.

I'll say here that this headteacher is a lovely man and I can't blame him for making sure I was the real deal if he didn't recognise me. I'd much rather know that he checked people out than let any Tom, Dick or Hattie in to collect children.

But I couldn't help being surprised when he approached and asked for my ID, subtlely blocking my way to the door until I found something with my photograph on it. I felt my cheeks pinking up and I panicked as I foraged for it in my handbag.

Would he check the 2014 picture against my 2019 face and accuse me of brazenly impersonating my daughter?

Then I remembered that my glasses have photochromic lenses which would have been black as I walked into the school out of the sunshine. The photograph would look totally different. Would he think I was deliberately disguising my identity? Would he make me take them off? Tug at my hair in case it was a wig? Feel my chin for stubble in case I was really a man? Call for a receptionist to instigate a full body search?

When did I last shave my legs? Arrggh!

Suddenly, I felt guilty of every recent crime that may have been perpetrated on the school premises. If he demanded it of me, I knew I would admit to climbing on the nursery roof at midnight in an attempt to gain entrance, and filching pound coins from the charity box on Open Day, and stealing Rebecca's pencil case at break time.

Tentatively, I passed over my ID. He did look at it quite carefully as though he recognised me from various Wanted posters around town, but in the end he said, 'That's fine. I'm sorry for checking. I don't remember everybody.' And he let me past.

I was going to tell you, too, about how I was stopped at the airport on my way to Spain and interrogated about my suitcase contents, but I'll save that until next time.

I'm sure you, my followers, can only take so many True Crime stories at once.